As engine torque with each new generation increased over the years, even with the effort reduction cams in the transmission case cable pull effort remains a nuisance for many riders.

Cable pull effort also can increase dramatically due to friction over time unless regularly maintained.  The strength required on big displacement bikes is enough to deter many from riding them and can cause cramps on those that do.  Stop and Go traffic can be a nightmare.

Hydraulic clutch operation eliminated the cable friction effect, but did not dramatically reduce lever pull force.  It also introduced a new issue in the form of a very short friction range between no engagement and full engagement.  This makes it difficult, if not dangerous, to make an immediate turn from a full stop or to stay in control at low speeds.  Yet another issue is that the engagement point is close to the point where the lever is fully relaxed.  That long lever stroke is necessary to reduce the lever effort.  Unfortunately, this makes a smooth acceleration from a stop even more tricky with engagement when the lever is near the tips of the fingers. 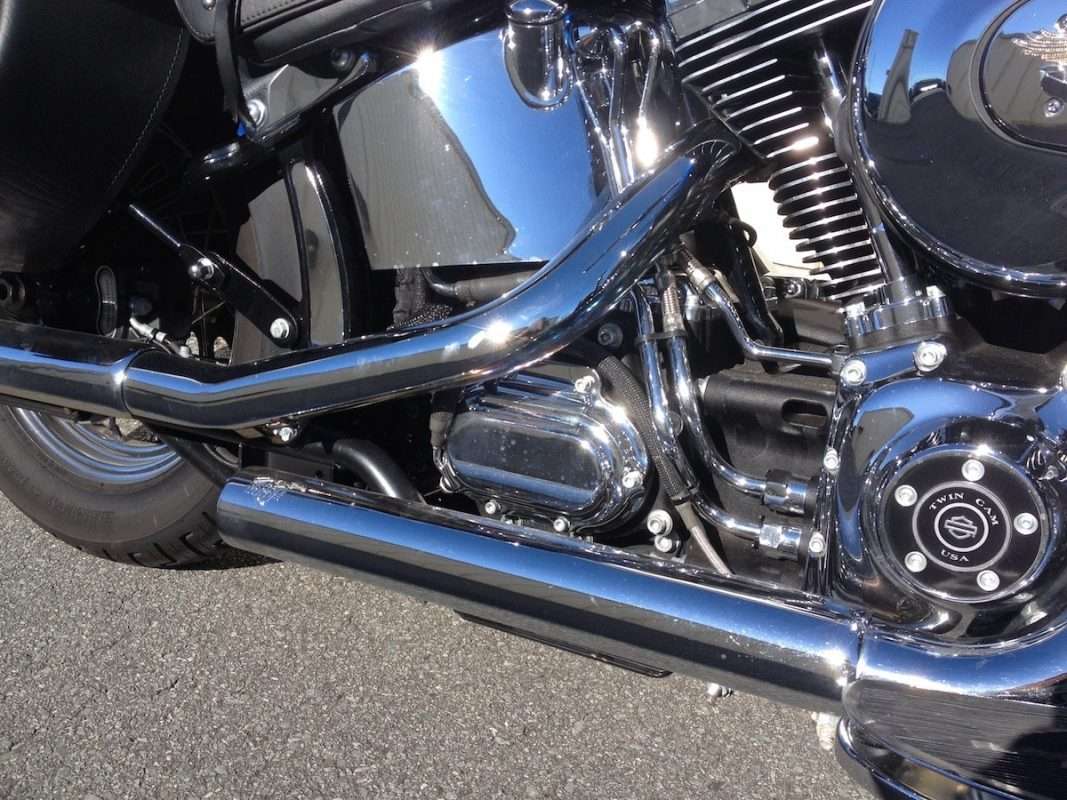 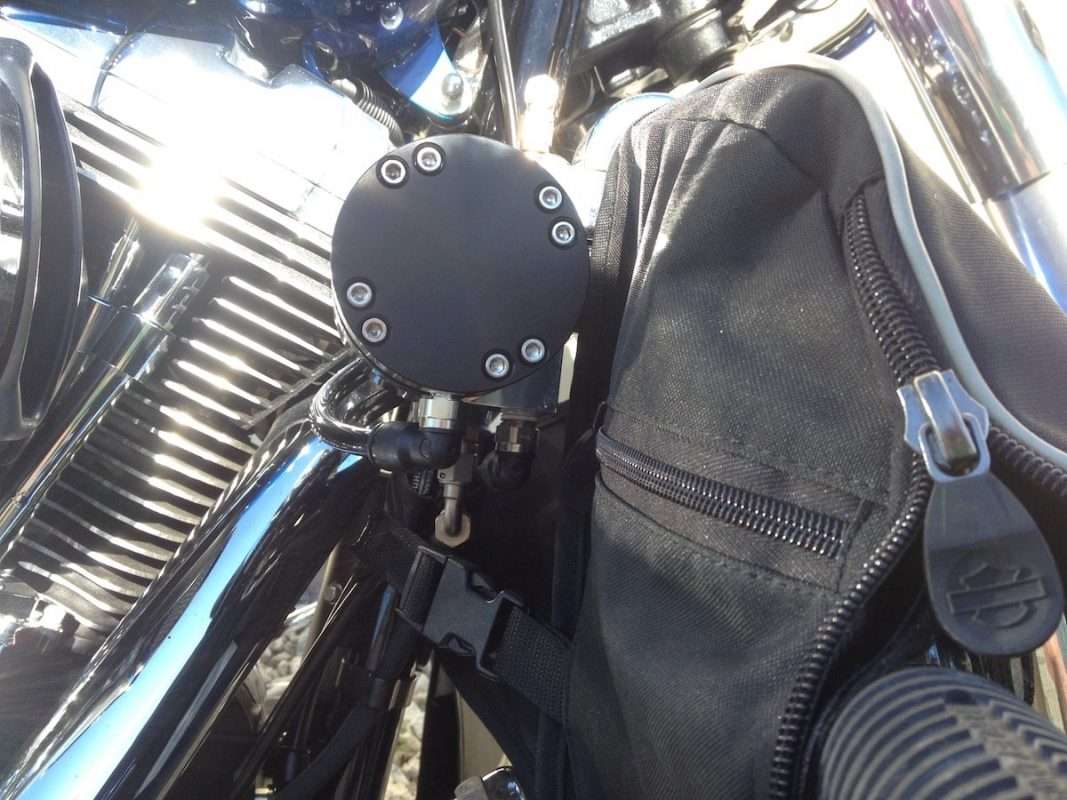 The MEC-300 solves all of these three problems:

A)  The same standard model MEC-300 was used mounted to the standard 1.25” diameter engine guard. This is a very convenient location.  The mounting brackets and all hardware required are included.  If the bike hasn’t got one, engine guards are available from a number of sources at reasonable cost.  The bike shown also has the canvas soft lowers mounted to the guards used by the rider in cold weather.  They do not interfere with mounting the MEC-300, or with highway pegs.  This bike’s owner is a long distance year ‘round cross country rider.  Easy to follow instructions are included, reviewed and approved by an installation technician.

B)  The transmission case cover was converted from mechanical to hydraulic using a conversion cover with a hydraulic actuating (slave) cylinder in place of the cable driven cam. There are several available, both OEM and aftermarket.  We recommend one with a heavy duty thrust bearing included.  It makes no difference to the MEC-300, but better for long term life of the actuator, in our opinion, with very little cost difference.

C). The cable type lever was replaced with an OEM master cylinder type.  These are also available aftermarket.  Both 5/8” and 11/16” diameter models were tested and worked fine.  The 11/16” diameter type is preferred.  The electronic controls were left as is.

SAFETY NOTE:  If your bike has switch activated by the lever, use a master cylinder lever with the same logic as the cable lever it replaced.  For example, if the switch was originally open circuit with the lever relaxed, choose a master cylinder lever that does the same thing, and vice-versa.  If it is the opposite logic, it would be possible to try to start the engine while in gear with the lever relaxed, which is a dangerous condition.  Regardless, we recommend that the bike always be started while in neutral.  Finally, if the bike is equipped with cruise control, it will not engage if the switch logic is backwards.  An alternative if the desired lever has reversed logic is to reverse the logic using a relay installed by a competent technician.

D)  The cable was replaced with an aftermarket hydraulic clutch line. OEM line and some other name brands have sleeves which can be stripped easily by the 3/4-1” required to connect the two stainless AN3 hose fittings supplied with the kit.  The brand used on this bike had the sleeve extruded into the steel braid.  That made it more difficult to strip, but was accomplished by using a wire wheel to abrade it off.  Purchase one long enough to reach from the clutch lever’s master cylinder to the transmission cover port.  After the MEC-300 is mounted, temporarily route the line where it is going to go and cut the line at the midpoint of the MEC-300.  We recommend removing the two line segments and threading the two supplied AN3 fittings on with the aid of a vise.  It is easier and quicker.  Detailed instructions are included. 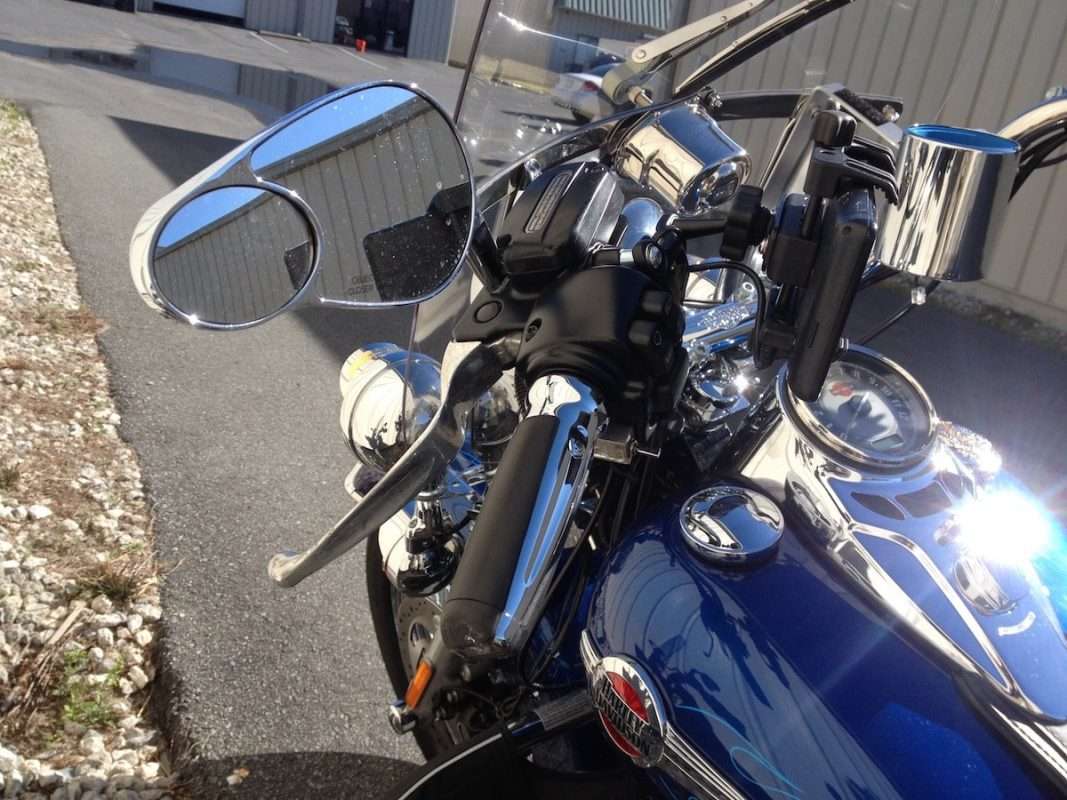 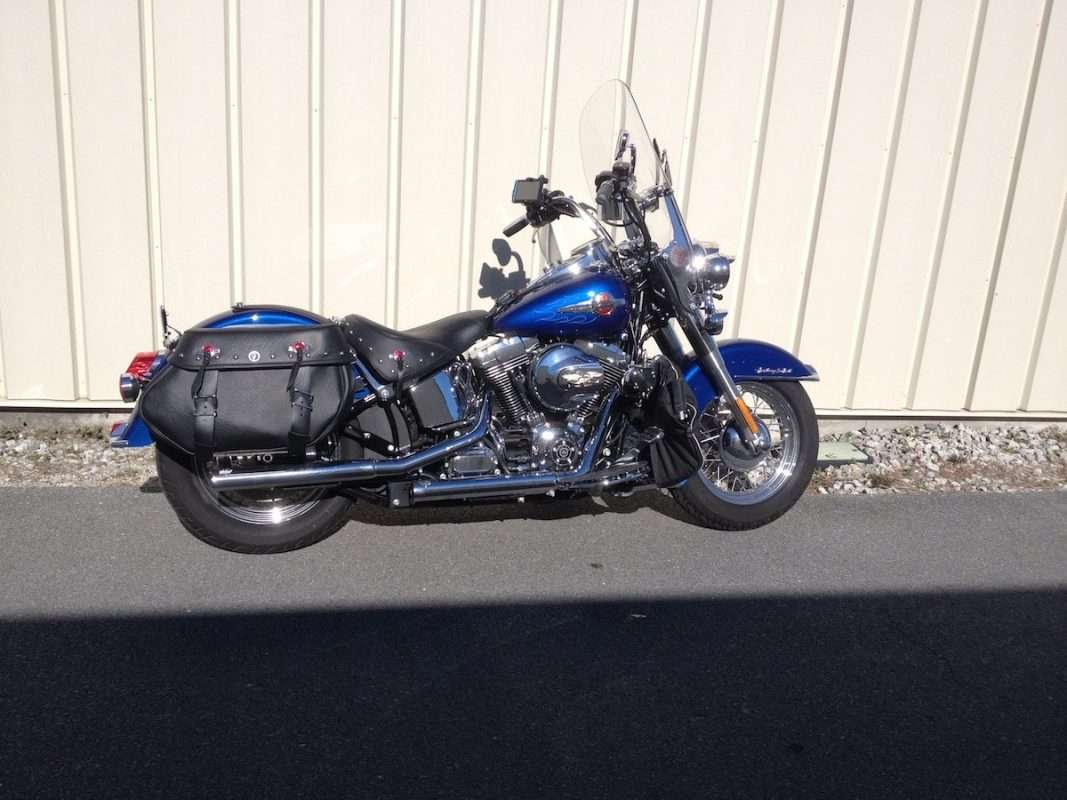