Installation of an MEC-400 on a 2015 Harley Davidson Ultra

Here you can see photos of the installation of an MEC-400 on a 2015 Ultra ridden by Larry from Eastern Long Island, New York.
Larry decided to have his bike upgraded with the Minimum Effort Clutch over the winter to make riding more enjoyable.  Like many other long term riders, the strain of pulling in the lever on the big twins became uncomfortable, leading to cramps and unbearable pain on long days of riding, but Larry didn’t want to give up one of his favorite activities.  In return for the free factory installation we are offering on an introductory basis, Larry offered to trailer his bike to us.  Once that was done, he trailered it back to Eastern Long Island.
Here you can see Larry on his Ultra, just starting it up to ride off with his MEC-400 Feather Lever power clutch.  His smiling biker buddy Rick next to him feels there are many others in their area that will want to have a Feather Lever on their bikes when they see the improvements in comfort and control provided by Larry’s MEC-400. 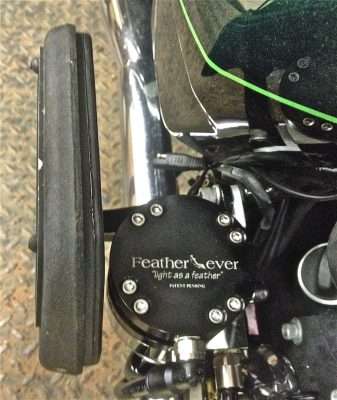 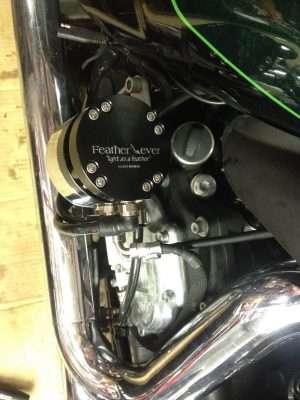 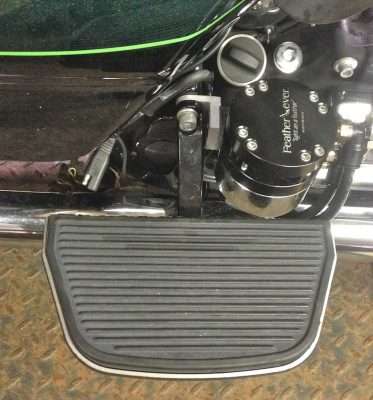 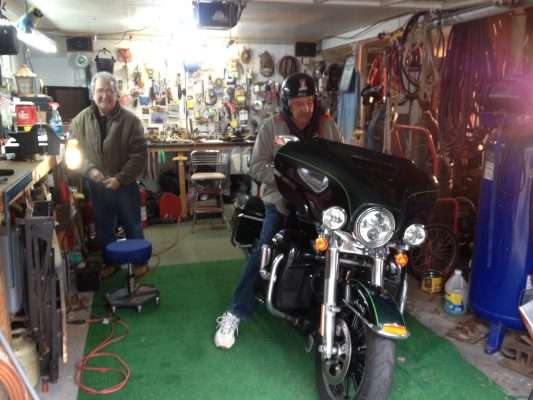 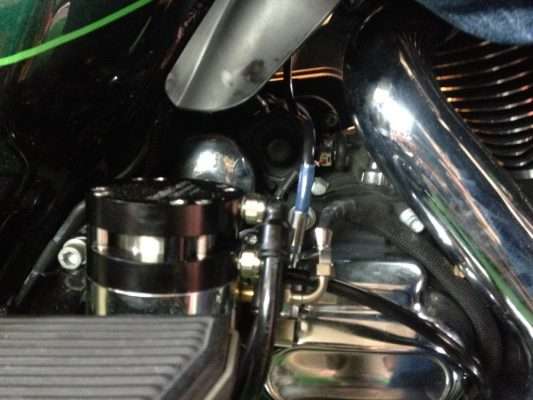